It was with great sadness that last week we had to announce that Peter Pinfield,
Healthwatch Worcestershire’s Chairman died on 29 January, aged 73.
Peter had been a Director and the Chair of Healthwatch Worcestershire since 2013
when it was commissioned by the County Council to deliver local Healthwatch
services in Worcestershire as part of the national reorganisation of our NHS.
Regular readers of this column will be only too aware that Peter passionately
believed that people should have a say in their health and social care services,
which in his words, should be done ‘with’ them rather than ‘to’ them, a view he
often expressed to those who lead services at all levels. It was therefore no
surprise that Peter ensured that the Council considered the views of patients,
services users and their carers in the planning of Healthwatch Worcestershire and
it was a theme he returned to time and time again during his time as our
Chairman.

As well as his outstanding personal qualities of integrity, compassion and
leadership Peter brought a wealth of skills and experience in health and social care
to the job in Healthwatch, gained from his service as a councillor with the County,
Wychavon District and Droitwich Town councils over many years, as a Non Executive
Director in the NHS, and as a children’s social worker for Dudley Council.

Peter contribution to our health and care services in Worcestershire can be
measured by the sincere and moving tributes that have been expressed by so many
in the county over the past week including those from past political colleagues,
the voluntary and community sector, and leaders of our health and care services.
As saddened as we are as a Team by our loss, I know Peter would have told us to
look to the future. Our job now as Healthwatch Worcestershire is to build on his
legacy, to walk in his footsteps and ensure he would have been proud of what,
together we will achieve for the people of Worcestershire. 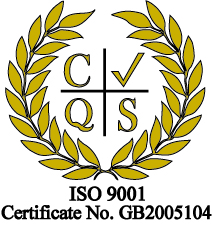